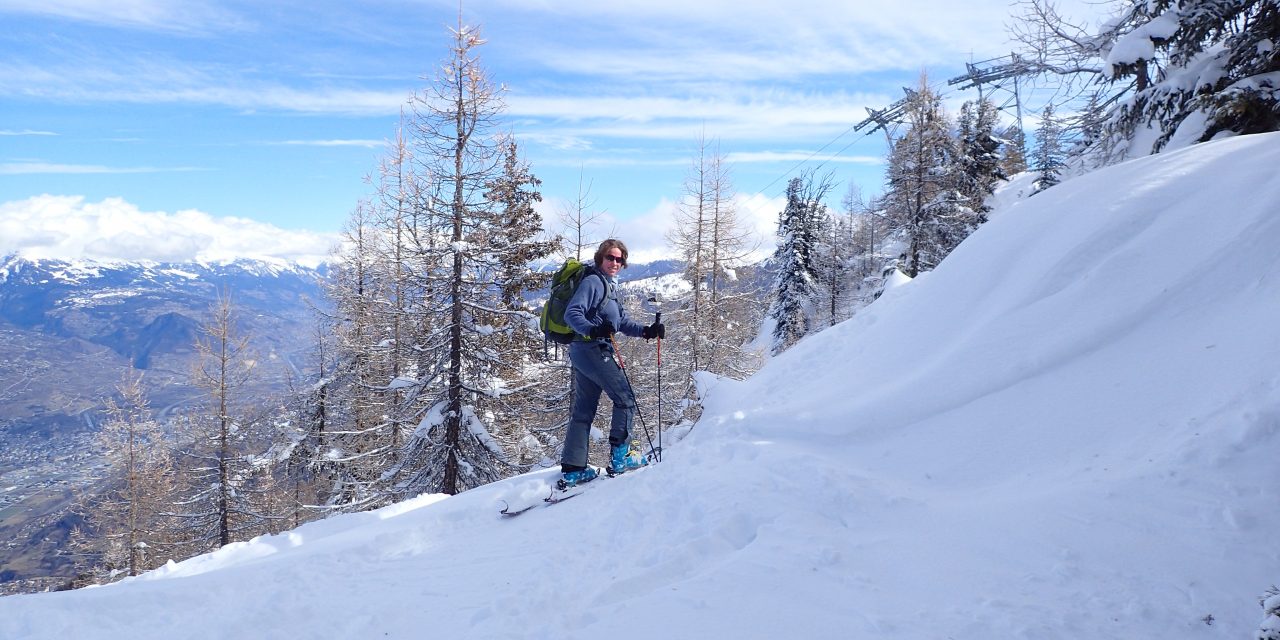 Nearly at the Gondola station

(0)
Jacqui
After a couple of travel days it was good to get back to the flat in Nendaz. Winter storm, with an abundance of snow, predicted for Sunday afternoon through Tuesday was forecast so we decided to take advantage of sunny skies, some fresh snow and skin up to Tracouet.

The trail we took largely avoids the piste except for a small section at the start. We avoided the temptation of an early coffee and climbed up steadily through the trees to the Upper Bisse, a familiar trail to us. From there the trail wound it’s way up under the Tracouet gondola and surrounding forest largely following a summer hiking trail. It was truly delightful especially with the sun shining through glades of snow covered trees and birdsong in the background.

There are only a couple of steepish sections and for most of the way we did not need to have our risers up and could get into a reasonable rhythm. When Mike did this previously he ended up in a steep section picking his way round small cliffs. This time the trail we were following took a far nicer route up to the summit hence keeping this map for reference. We spent quite a lot of time on the way up taking photos/ video. Excluding that we did the ascent in under 2 hours so we’re happy with our fitness as it did not seem particularly hard or fast.

The sun was shining so we sat on the lift station terrace and drank our tea, had our sarnies and enjoyed the warmth of the suns rays. As forecast the front started to move in and so we decided to head down on the ski runs rather than go any further. A good decision as the temperatures dropped sharply bringing with it fresh snow. 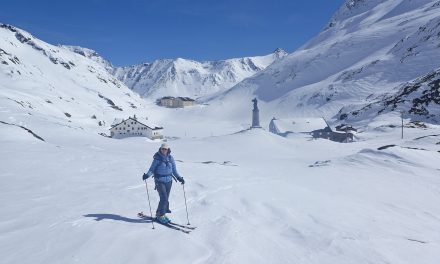 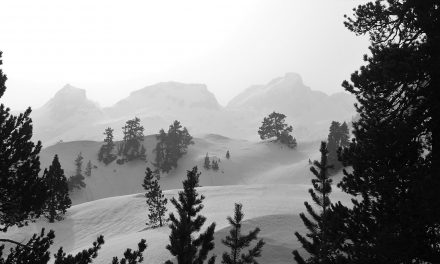 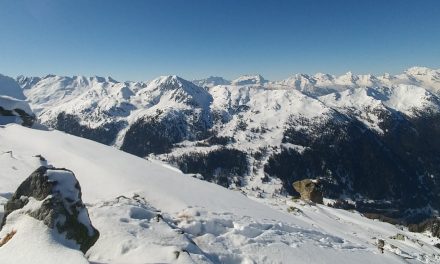 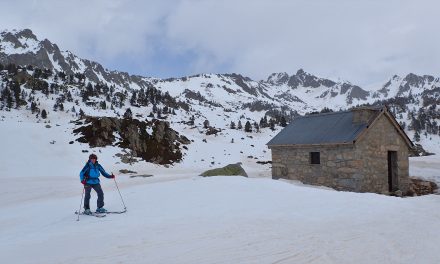