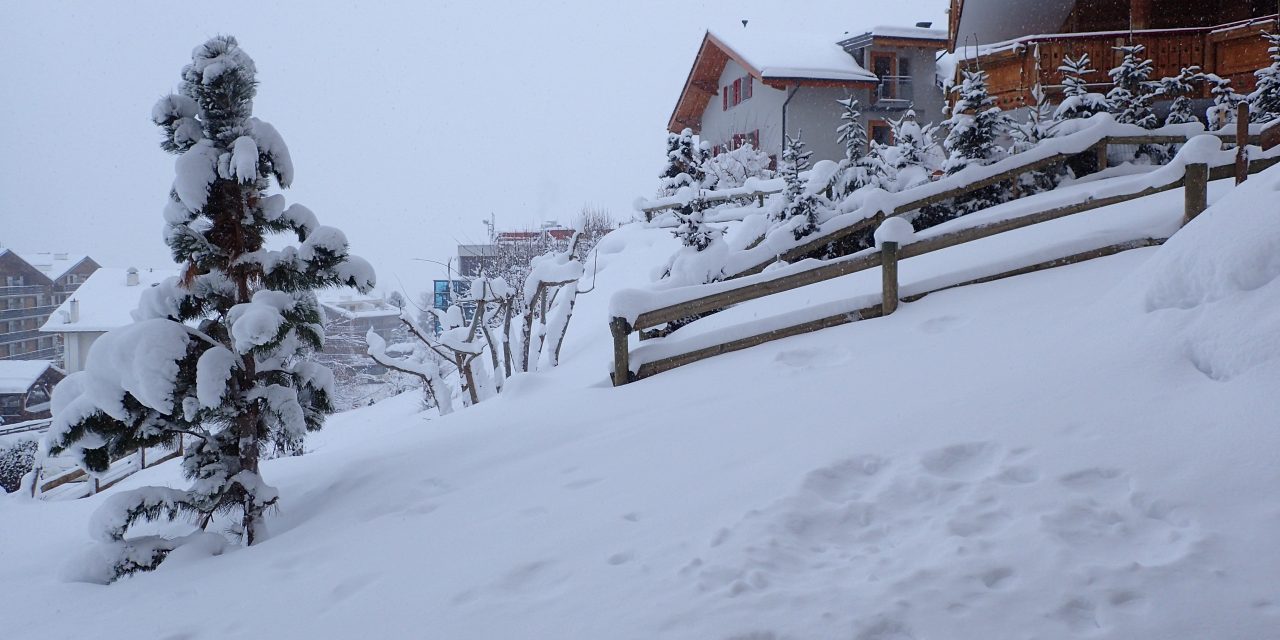 Lots of new snow fell overnight especially mid mountain. Forecast for snow all day with the calm conditions of the morning giving way to high winds in the afternoon.

We (or rather I) debated going XC skiing, which would have meant snowshoeing up 200m carrying our skis to get to the start of the area in Pracondu!!! Mike was not convinced and after saying a couple of times he was still trying to ‘get his head around it’ we decided downhill was best. I must admit this was not one of my best ideas…

Layered up in anticipation of cold temperatures, which never materialised, we decided to spend the day skiing off Tracouet. First run down was excellent as we caught one of the first lifts up and had fresh tracks through deep snow on the piste. We then moved onto the trees. Mike was in his element but I was not really up and on my skis so after a couple of runs we stoped for hot chocolate , boot adjustment and sarnies. Much invigorated we had some excellent runs in the trees finding pockets of fresh snow.

What a relief to be skiing on fresh snow. However early afternoon the temperature increased slightly as the sun came out and the snow transformed and became very heavy and sticky making it very difficult to turn. Time to stop for pizza and beer at Bistro les Cleves marking the end of our ski day. Nice thing about this restaurant, apart from the food and atmosphere, is that it is close to the ski base making it easy to get home after a drink. 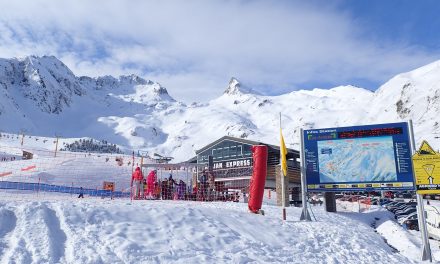 Fun days in the Pyrenees 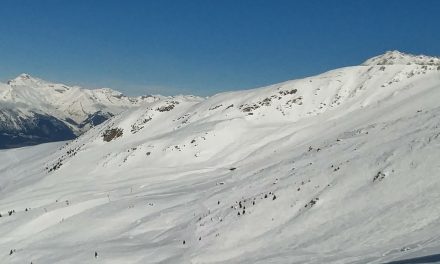 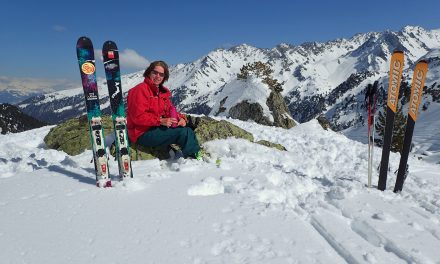 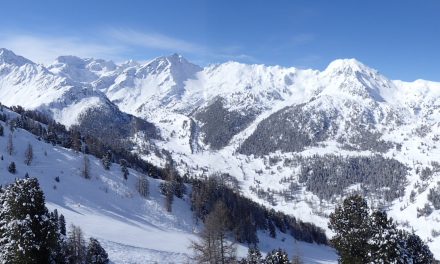