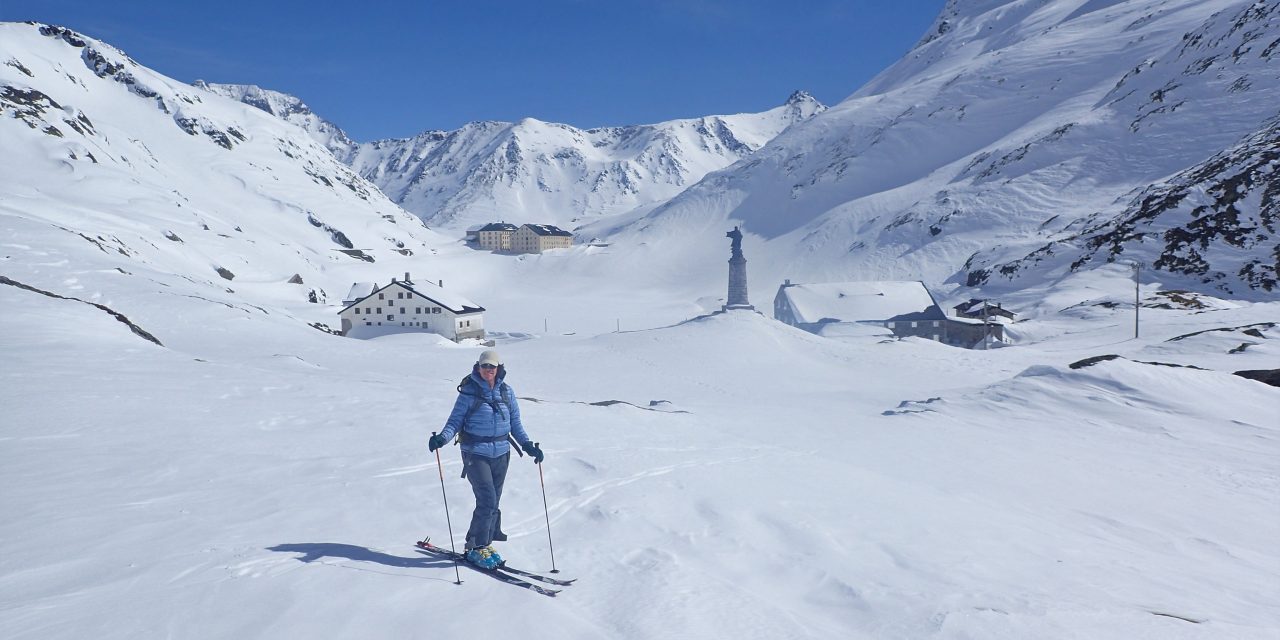 Looking back towards the G.St. Bernard Hostel from the Italian border

(0)
Jacqui
Given the continued perfect weather we decided on a (favourite) skin up to the Hostel, something we try to do most years we are in Nendaz given it is such a beautiful valley.

We arrived earlier than normal, which meant it was a bit easier to find a parking space and also the ascent was a bit cooler. Most people seemed to be heading off to do the tour up Combe du Drone to Col Des Chevaux so we had the mountains to ourselves and enjoyed our snack at the cabin by Combe des Morts. Suitably refreshed it was a quick skin up to the Hostel and we decided to drop down to the Italian border. Fantastic views and we were enticed by the touring possibilities from this side of the pass. We also admired the statue of St Bernard who beautified as the patron site of Alpinists by the Pope early last century.

Back at the Hostel we decided to forego our normal bowl of soup and tea in the Refectory but make the most of the Spring snow instead. After a fun ski down to the Combe des Morts we decided to skin up into the Combe de Barasson and see if that would also provide good day touring options. We both agreed that the West Col was very achievable but that the East Col might be a bit more of a challenge. From the tracks we could see it looked like others were of the same view!! However, neither were on our agenda for today so we decided to turn round and enjoy the ski back down to the car before the snow got too slushy. As it was this is the best ski down we have had here and both agreed we would come back later in the week after our short visit to Chamonix. Mike, just above the Cabane by Combe des Morts with the Valley behind that we take up to the Hostel. Please click on the video link below to see some footage from this day and the day we skinned up to the Barrason Colls 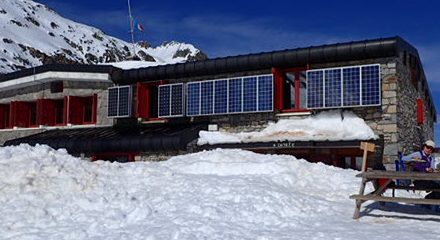